This saxophone boasts many firsts.

Right Click - Select View Image in Firefox or Open in a New Tab in Google Chrome,
To Display Image Full-Size - Click on Opened Image to Zoom-In 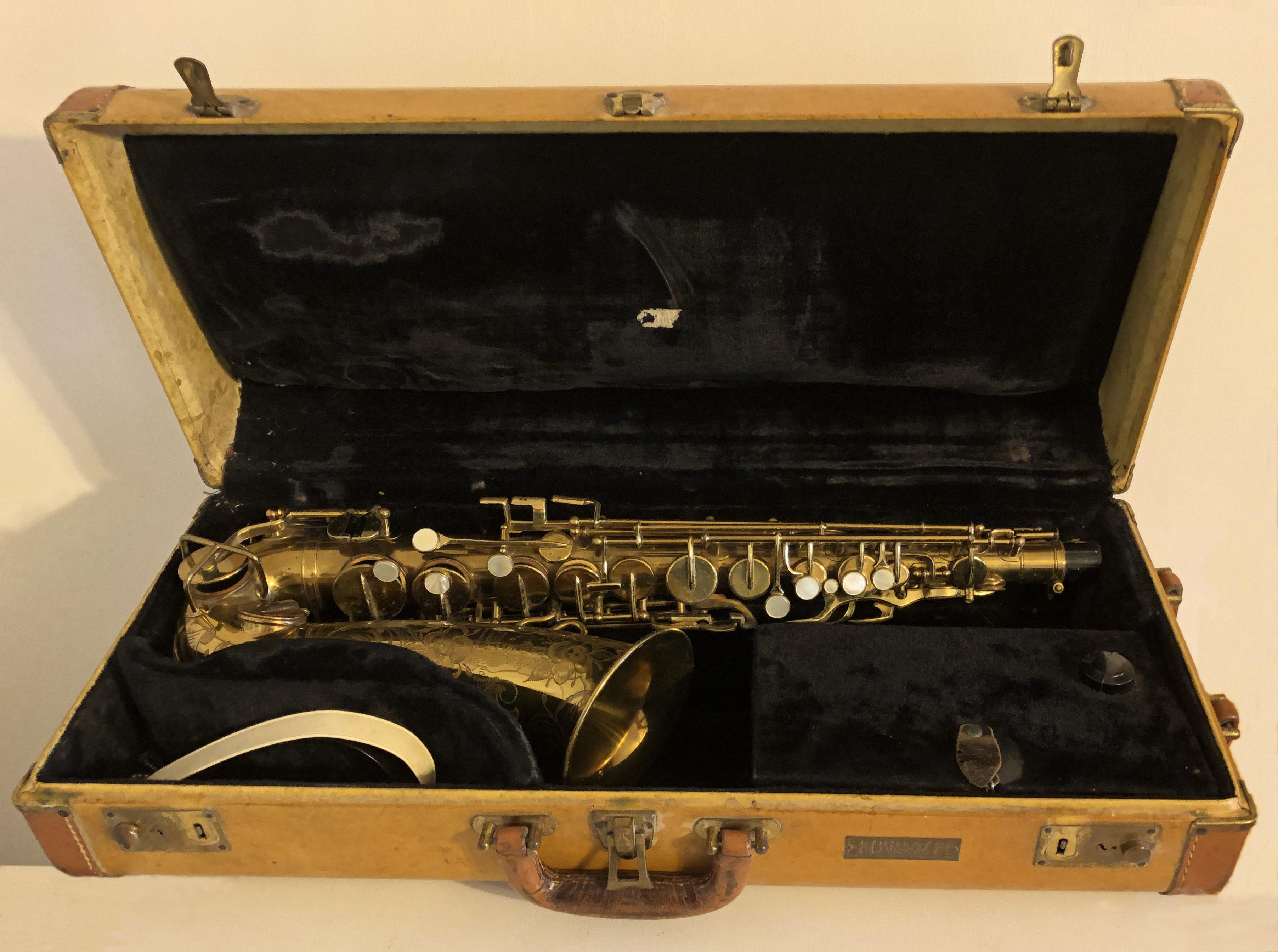 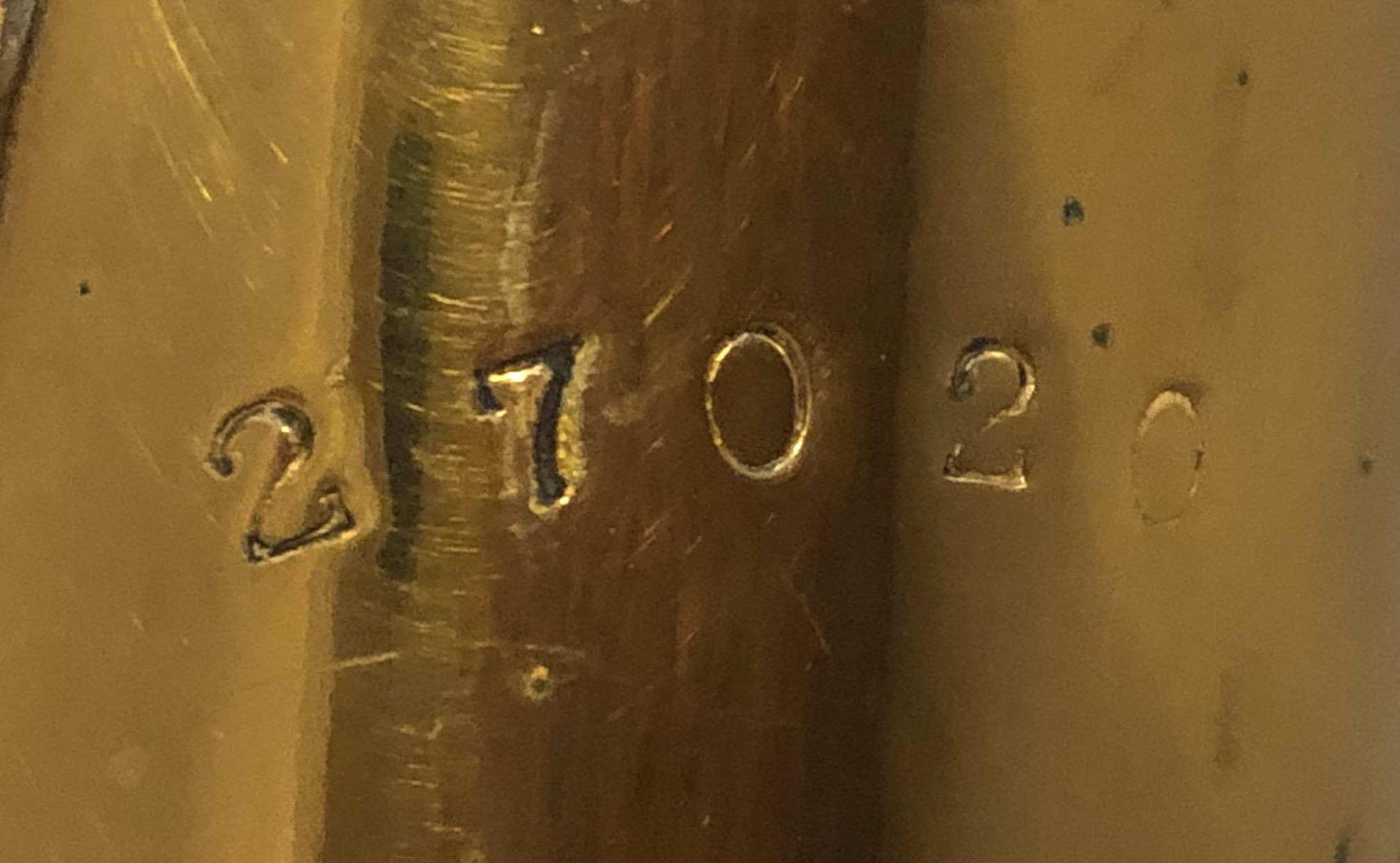 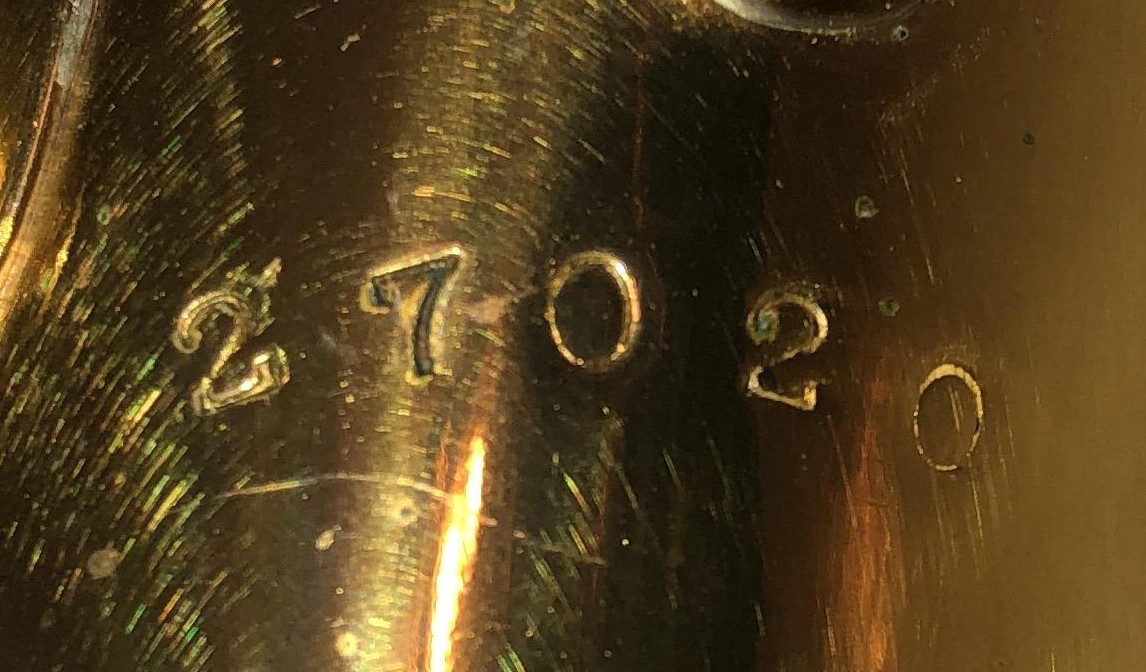 About the Selmer U.S. Padless Saxophone Inventor:      Go Back

In 1892 the German born Sander family arrived in America with their son Eugene.  In 1907, at the age of seventeen, Eugene began his career in the production of musical instruments.  In less than two decades, as a musical instrument technician at H. & A. Selmer, Mr. Sander earned the title of foreman of the saxophone department.  This gave him the opportunity to research, design, and develop a padless saxophone.  In 1938 he finalized this amazing instrument and applied for a U.S. Patent, which finally issued on December 30, 1940.  While waiting for patent approval, the gears were set in motion to have the component parts of the new padless horn tooled up for its manufacture.


About the Selmer U.S. Padless Demo Saxophones:      Go Back

Similar to the agreement Selmer had with Selmer Paris, they worked with Buescher Musical Instrument Company to produce the body and associated parts under the critical eye of Selmer's quality control inspectors.  Final assembly and engraving was completed by H. & A. Selmer, who also designed and installed the Tonex tone booster rings.
In January 1941 twelve Selmer U.S. Padless Alto Saxophones were manufactured, tested, and used for Demo Purposes.  With full-production scheduled to begin near the end of the month.  These were engraved with the serial numbers 27000 to 27012.

The Selmer U.S. Padless Saxophone was hailed as the first major innovation in saxophone design in 100 years since its invention by Adolphe Sax.  Billed as having twice the volume, greater resonance, more brilliant tones, and well-defined articulation between the keys.

Musician Bus Bassey loved the instrument so much, he refused to wait for a production model and demanded Selmer sell him one of the demo models.  Serial number 27009 was delivered to Mr. Bassey at the Lockie Music Exchange in Los Angeles, California.  Making this horn the first Selmer U.S. Padless saxophone sold in the United States of America by H. & A. Selmer.  Selmer was responsible for all marketing and distribution.

Only seven Selmer U.S. Padless production saxophones were produced in January 1941.  The first four of these, serial numbers 27013 to 27016 were given to the Richard Himber Orchestra by Selmer for promotional purposes.  Himber, being a little superstitious did not want serial number 27013 so selected serial number 27014 for himself.

These three musicians are:

In February of 1941, the first shipment of new Selmer U.S. Padless Alto Production Saxophones, bearing the serial numbers 27020 to 27029, were sent to Hunleth Music Company, 514-516 Locust Street, Saint Louis, Missouri.
Serial numbers 27030 to 27049 were shipped to Manny's Musical Instruments and Accessories, Inc. in New York.
(Mandy Goldrick was a traveling saxophone salesman, who opened his music store in 1935.)
Serial numbers 27050 to 27065 went to Chicago Musical Instruments Company in Chicago, Illinois.
Being the total Selmer U.S. Padless Saxophones made and shipped by Selmer in February through early April 1941.

H. & A. Selmer produced a total of only 336 Alto saxophones in their first production run.
After producing 199 Tenor saxophones, they resumed manufacture of the Alto model saxophone.
Selmer only produced a little over 1800 more Alto and Tenor saxophone instruments before a Military Ordinance required they convert their facilities to WWII production, thus ending the two Selmer U.S. Padless models.


About Hunleth Music Company:      Go Back

Hunleth Music Company was founded in 1901 by Frank J. Hunleth who purchased the A. T. Walo Music Company at 9 South Broadway in Saint Louis, Missouri.  His sons Joseph F. and Alois J. took over management of the store in 1908.  The business continued to grow, and they moved into a massive building in 1915.  Their new store at 516 Locust Street boasted five floors of musical instruments, over a million sheet music scores, folding podiums, musicians supplies, and instrument repair.
Hunleth became a major Midwestern hub for the music trade, purchasing sheet music in such a large volume, publishers would show them new scores before deciding if they would be profitable enough to publish.  Hunleth remained in this location for forty years before moving again to 415 Broadway.  They also sold sound recordings and the machines to play them.

The instruments Hunleth originally sold were provided by King Musical Instruments. From around 1919 to 1935, Hunleth sold the King C Melody, King Alto, and King Eb Alto saxophones.
In 1936 they added the C. G. Conn line of instruments.  They dropped the King line of instruments after the passing of Henderson N. White in March of 1940.
After hearing rave reviews about a new horn from U.S. Selmer, Hunleth wanted to be the first to make them available.  H. & A. Selmer held true to their promise, and shipped Hunleth their first public production of U. S. Selmer Padless saxophones.


About the Selmer U.S. Padless Production Saxophones - Sold by a Music Dealer:      Go Back

Hunleth also received a small shipment of Selmer U.S. Padless Tenor saxophones, the second of which was sold to Mr. Deutschmann.
After his death it passed on to his now deceased daughter, then resold by her husband. 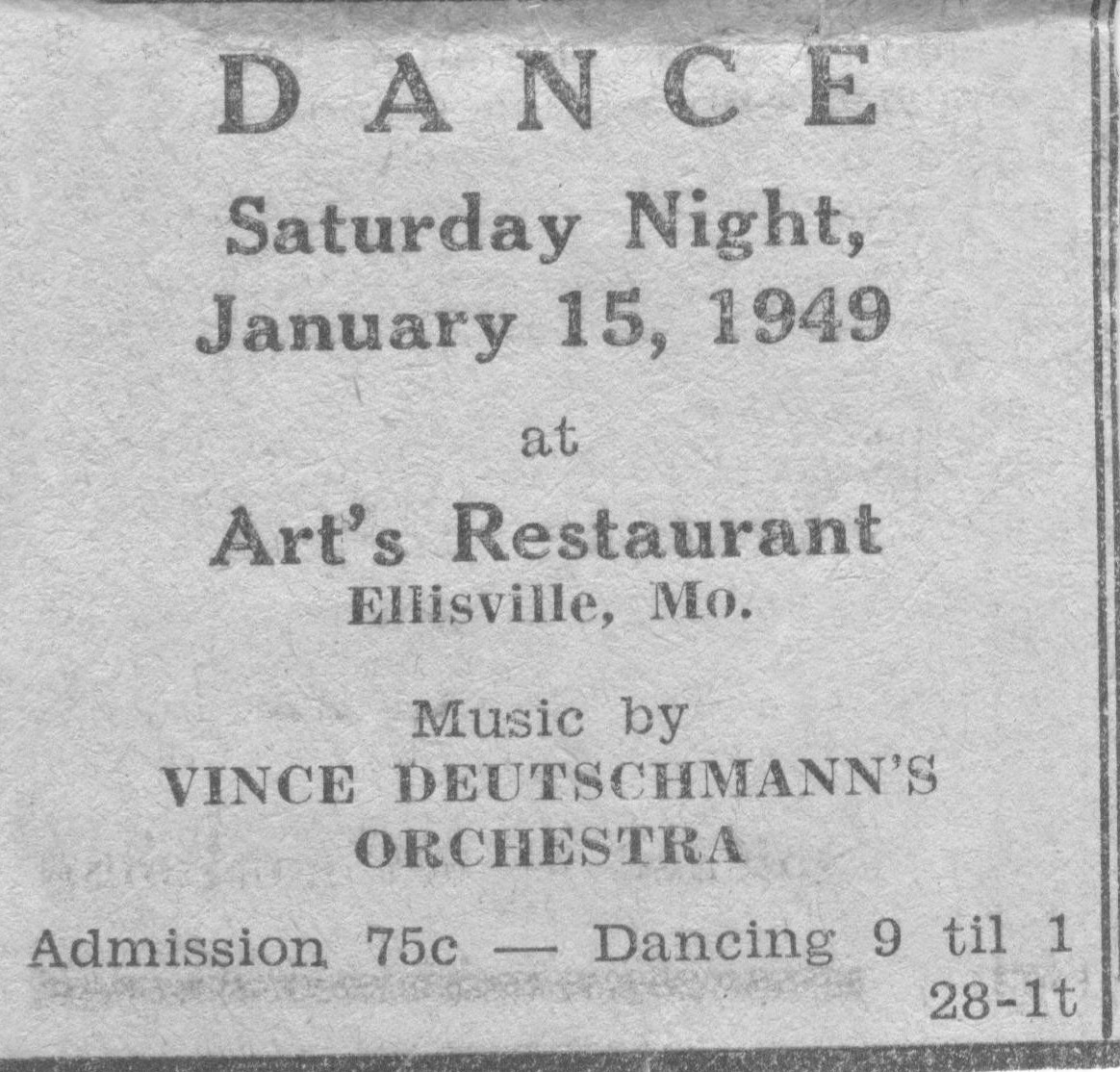 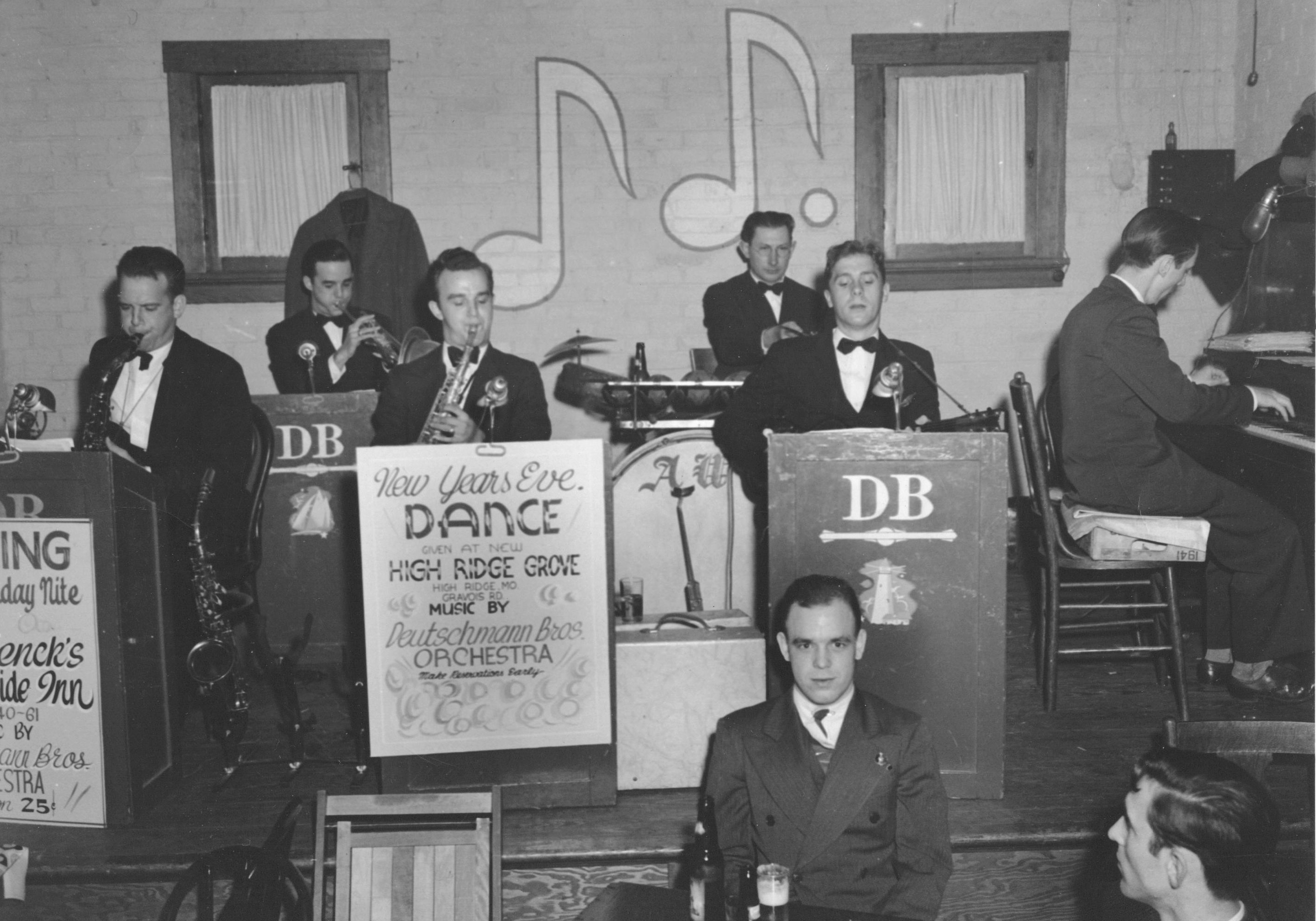 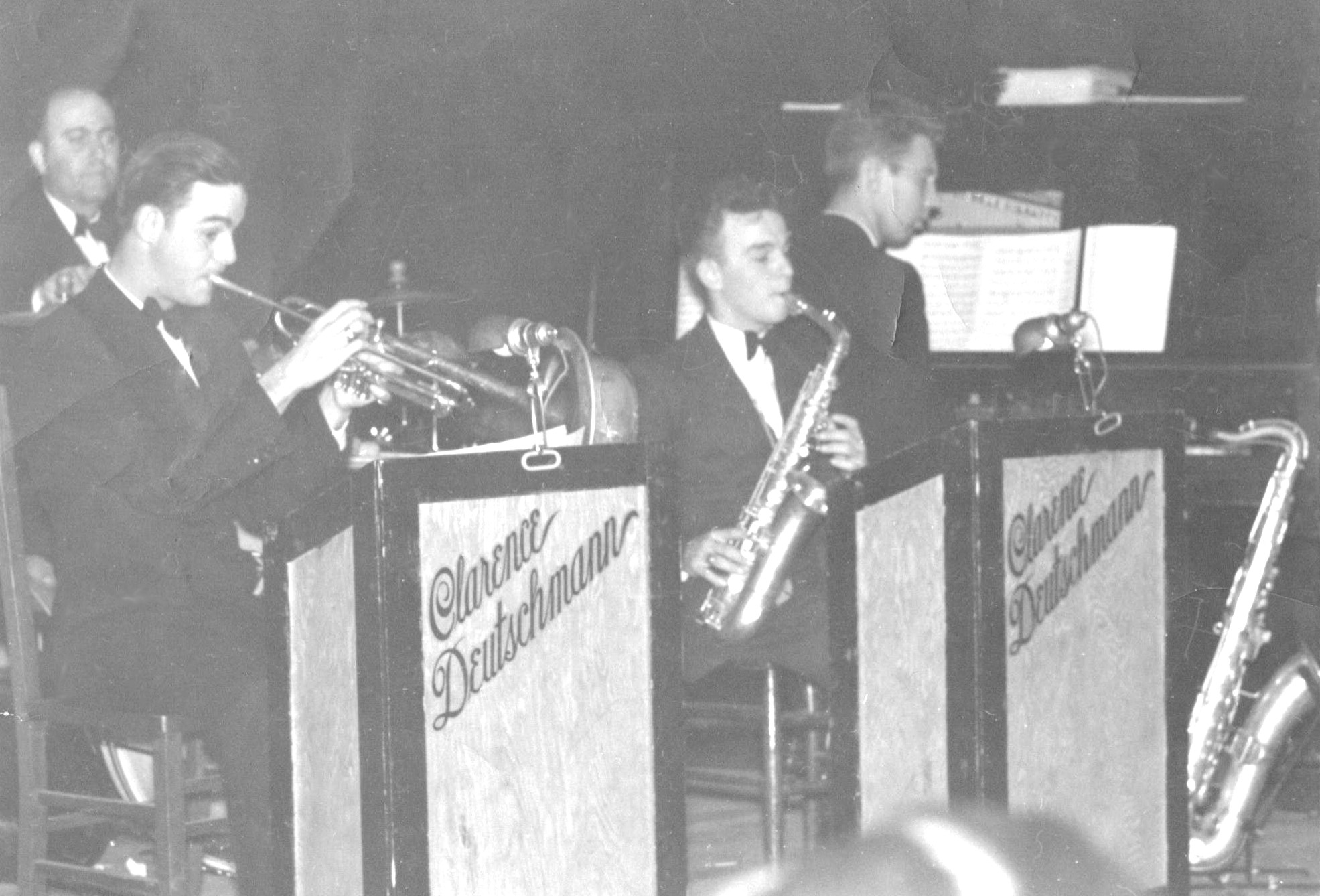